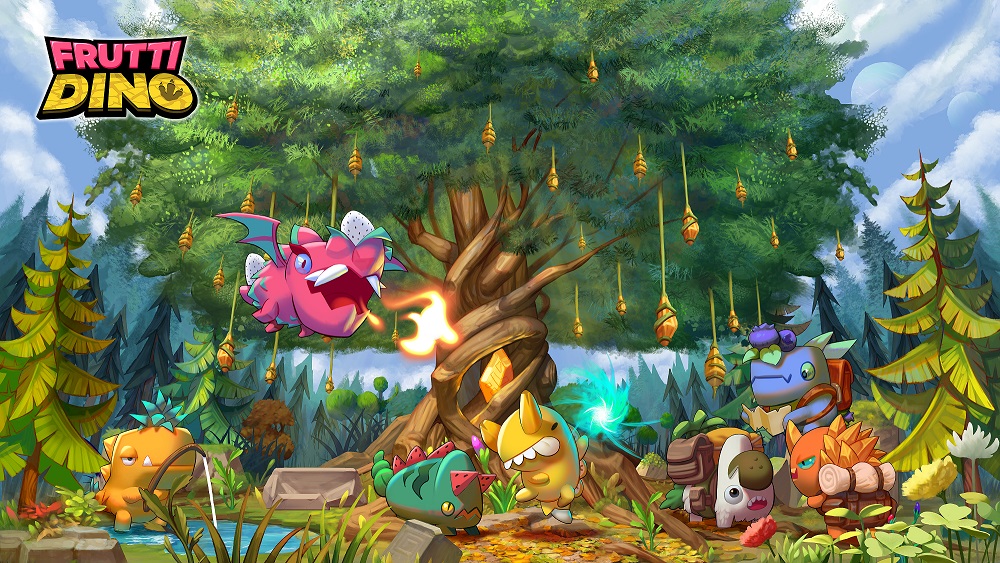 Would you devote your day to enjoying your chosen game and being paid for it? That is precisely what the developing play-to-earn gaming world allows you to accomplish! ‘Play to Earn’ games, in which you may generate income while playing, have recently gained appeal in the gaming market. Play-to-earn (P2E) is an innovative gaming paradigm in which players may earn various incentives just by playing specific games.

Monoverse, a game developing studio with a professional game development organization and blockchain technology, plans to launch a new blockchain game called ‘Frutti Dino.’ Frutti Dino is a blockchain game that capitalizes on the benefits of a ‘Play to Earn’ game by adopting a top-quality character that mixes fruit and dinosaur features.

What exactly is Frutti Dino?

Frutti Dino is an SRPG game wherein you defend Dino habitats against imperfectly born wild mutants by utilizing Dinos with varied traits made up of NFTs. You may enjoy playing by employing numerous tactics based on the distinct attributes assigned to each Dino. Users can create and enjoy the game with Dinos obtained through breeding or from other players. Furthermore, by deconstructing and manufacturing different objects collected throughout the game, you may further improve Dino’s skills and look.

There is a Land in Frutti Dino where you may grow and nurture your Dino. This Dino Land has a range of materials, and you may utilize the Crafting System to build new components to improve your Dino. Anyone may use Land to develop their worlds and games and profit from them. Dino is classified into three species according to the fruit ampoule.

also has a maximum of ten bodily parts. Through Partial Upgrade, each physical component may be developed into a more diversified and practical Dino.

Engage in the Raid, which takes place at a certain hour or on a particular day of the week, to acquire essential items.

Frutti Dino offers an Expedition Mode where you may collect priceless items to help Dino develop utilizing auto-play. In addition, rare adventure parts are being used to improve the worth and effectiveness of your Dino.

You can build parts by gathering rare items found in Expedition Mode and resources acquired in Dino Land. With Dino Partial Upgrade, these components can improve Dino’s look and characteristics.

Tokens may be obtained by ranking in standard PvP or participating in a Battle Royal PvP and becoming the last player standing.

Utilizing the Lease System, you may lease your own Dino to other players. This reduces the cost to the entrance for new users, and players who lend Dino can receive leasing fees as a result.

‘Frutti Dino,’ a blockchain-optimized game, will be released in the first half of 2022. In addition, Monoverse plans to broaden users’ accessibility to games by progressively removing more comprehensive games than the present ‘Play to Earn’ games, like racing games, multi-mode game modes that represent the raid system, plus battle royale.