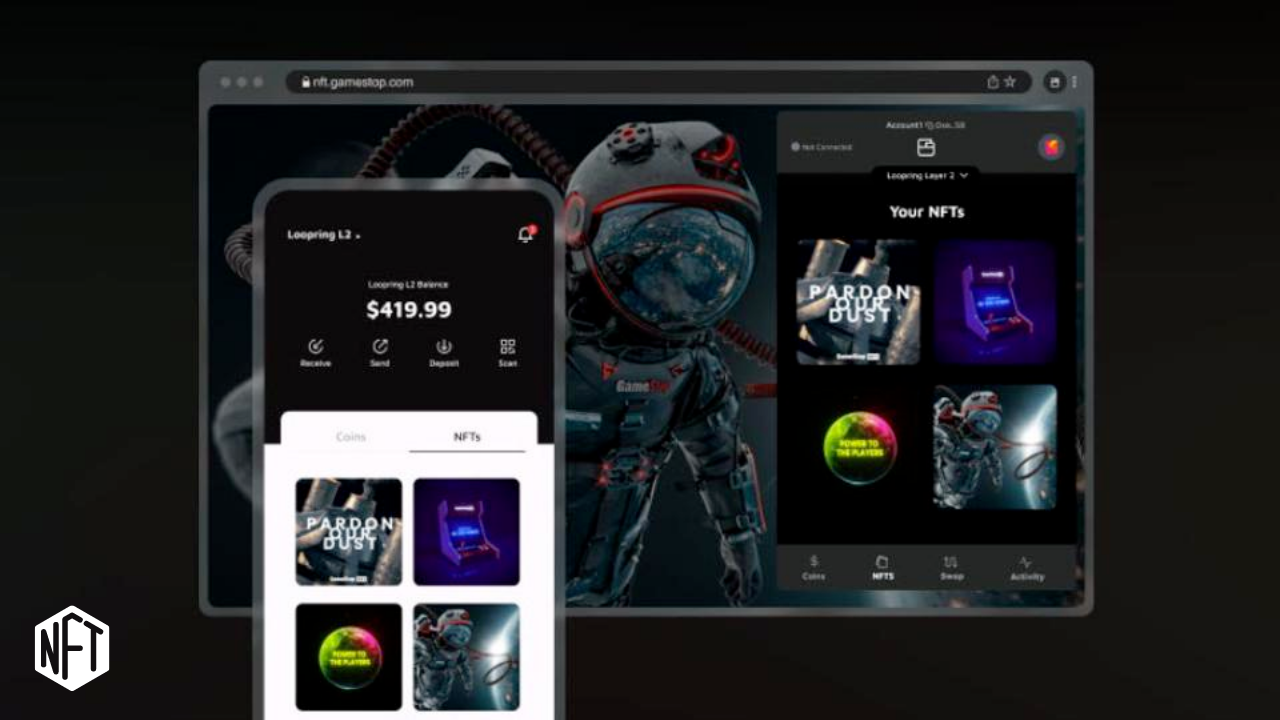 Gamestop launches crypto wallet before the launch of their NFT Marketplace

GameStop Wallet can hold all kinds of Ethereum-based assets, but it uses the Loopring Layer 2 protocol to cut gas fees by a lot.

GameStop, a well-known store that sells video games, is putting more effort into web3. It just released GameStop Wallet, a digital crypto wallet that can be used to store, send, and receive both cryptocurrencies and non-fungible tokens (NFTs) across the Ethereum network. The beta version of the wallet is already available as an extension for the Chrome browser. In the future, GameStop also plans to make it available as an iPhone app.

GameStop Wallet uses Loopring to make transactions happen. Loopring is a Layer 2 scaling solution built on top of Ethereum that is meant to reduce the blockchain’s notoriously high gas fees by a large amount. GameStop says on its website that the average transaction fee with Loopring is $0.75, but it would be $65.75 without it.

GameStop Wallet is a non-custodial wallet, which means that users are in charge of and have full control over their assets. Like with other popular non-custodial crypto wallets like MetaMask, users of GameStop Wallet will also need to hold their own private key. This kind of setup makes it harder for hackers to get in, but if you lose the key, you can’t get into the wallet at all.

The GameStop Wallet works with ETH, ERC-20, ERC-721, and ERC-1155, which are all Ethereum-based assets. On both Ethereum Layer 1 and Loopring Layer 2, users can also trade between ETH and ERC-20 tokens.

The best way to use GameStop Wallet is to trade NFTs on GameStop’s own NFT marketplace, which will open soon. The gaming-focused NFT marketplace was first announced by GameStop in February. According to the press release, it is now expected to open sometime in the second quarter of 2022.

Even though GameStop Wallet uses Loopring, GameStop’s NFT marketplace will use Immutable X, which is also a Layer 2 protocol. It was made for the same reason as Loopring, which is to lower the fees that come with any transaction on the Ethereum network. We would love to see GameStop adopting the Play-To-Earn world.