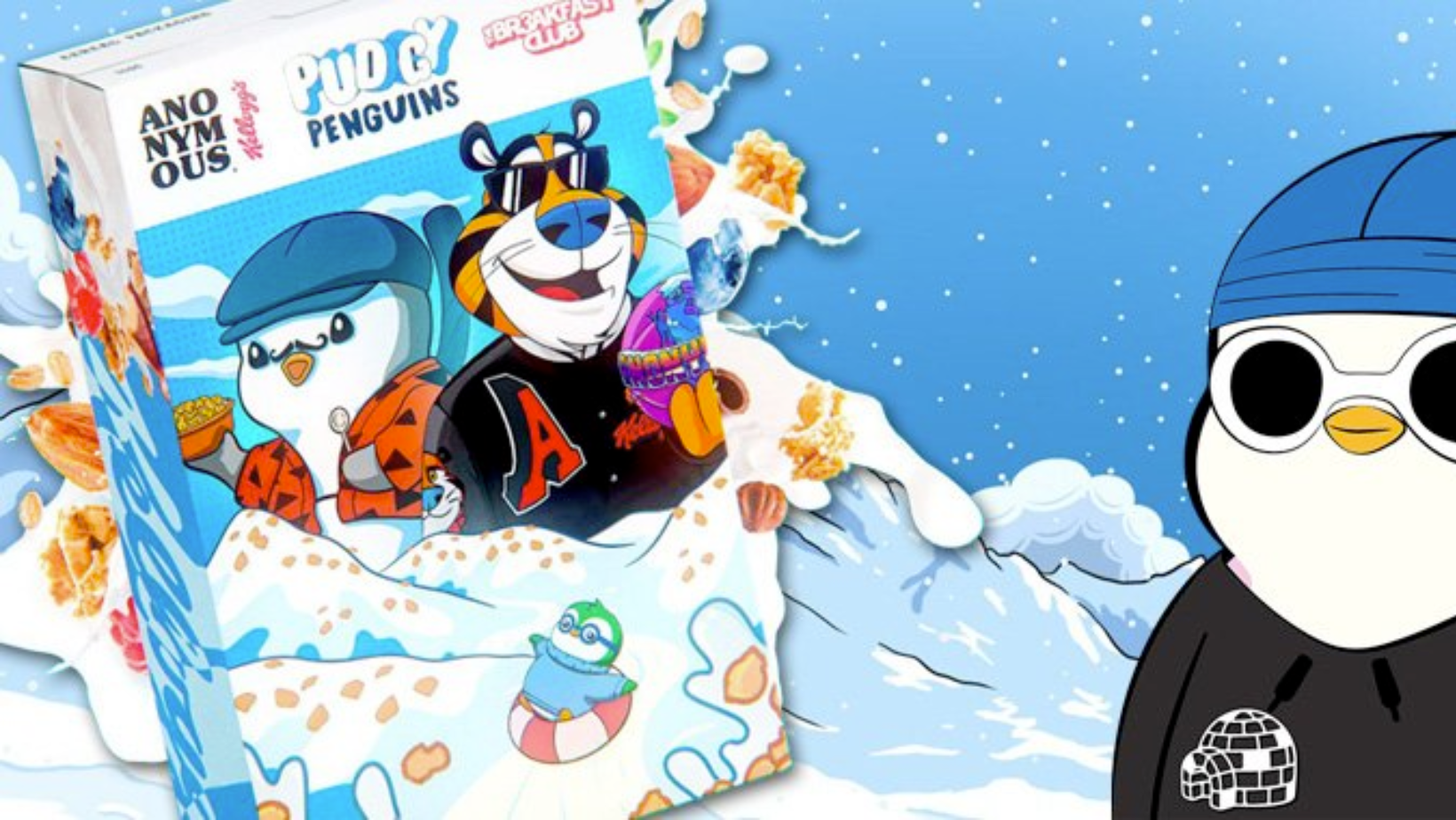 Kellogg’s and Pudgy Penguins are working together.

By DeFi-PlayNovember 22, 2022No Comments1 min read

Fans all over the world are in love with NFTs like the Pudgy Penguins. Now, you might see them on a cereal box near you. This is because the project has a deal with Kellogg’s to put its famous penguin on a box of cereal.

If you mint one of The Breakfast Club’s NFTs, you can get a collectible Kellogg’s and Pudgy Penguins cereal box. The collectibles come with anonymous merchandise and a QR code that, when scanned, can give the owner access to even more prizes.