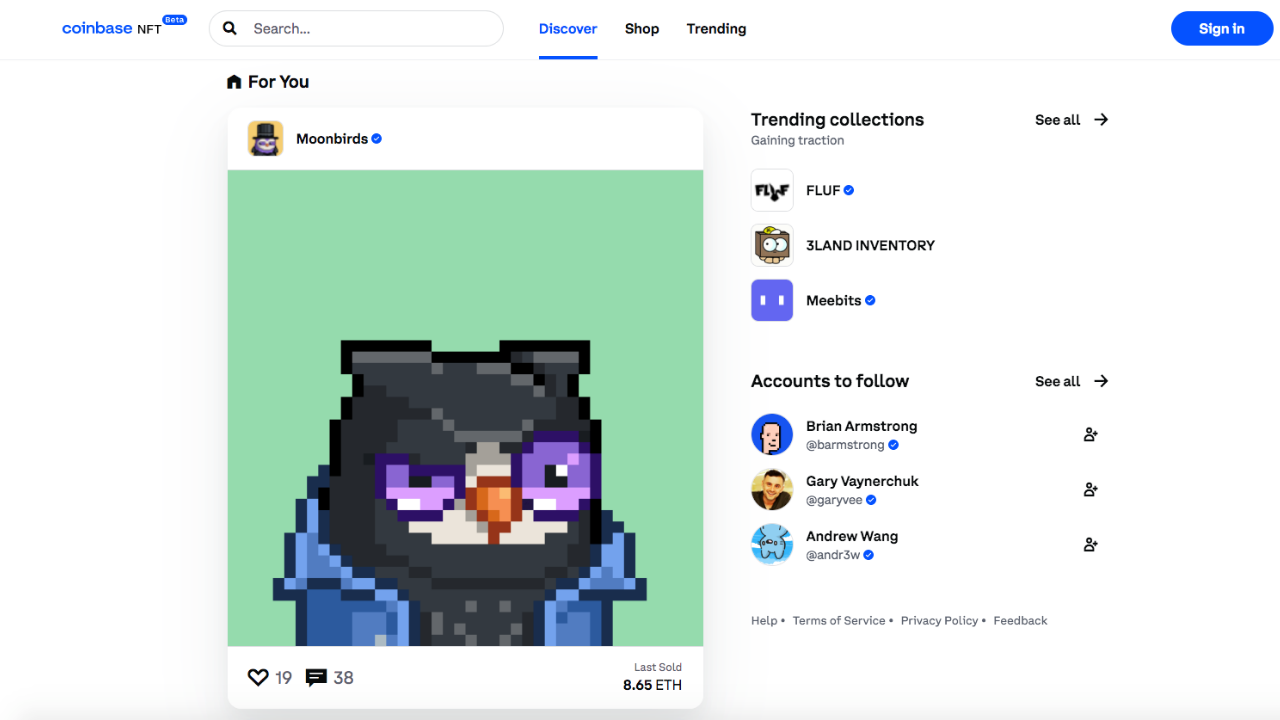 Coinbase is one of the major cryptocurrency exchanges, yet its recently launched NFT marketplace saw only 900 transactions in its first week.

Coinbase steps into the NFT space

Coinbase, one of the most popular cryptocurrency trading platforms, just launched its NFT trading platform. Unfortunately, based on the poor trade volumes, it does not appear that the NFT marketplace’s launch was a success.

After launching its long-awaited NFT marketplace, the platform only processed 73 ETH in trading volume in its first week, after just a small percentage of the millions of applicants on the waitlist were granted access.

We now know that Coinbase’s marketplace has registered about 900 transactions since April 20 according to data from Dune, a crypto analytics site – the data is funneled through the 0x project. Since its introduction, 650 users have made transactions worth $217,000 or 73 ETH.

Many people say that the low usage figures are due to the market not being prepared for Coinbase’s new competitors. Others argue that Coinbase’s approach to introducing its NFT marketplace offering was not ideal, which explains the lackluster performance.

Because of the test size and duration, it’s difficult to assess how successful a beta launch has been when it comes to beta testing. Closed beta releases, on the other hand, may only test a portion of a product and may not reveal the entire picture.

The Truth About Coinbase’s Beta Launch

When it comes to the facts of Coinbase’s beta launch, most stakeholders agree that the low usage figures are most likely due to the firm only allowing a small number of customers to test the platform.

Coinbase has been contacted by the media for comment on the events surrounding the beta launch of its NFT marketplace product. Coinbase, on the other hand, refused to release any user information because the marketplace is currently in beta testing, and the company would be unable to corroborate any user data.

Coinbase previously stated that its social-focused marketplace is still in its early stages of development, that the business intends to grow the platform’s user base, and that exclusive partnerships are an important strategy for growing the platform’s user base. These collaborations are set to be unveiled in the coming months.

This is something you should be aware of

Unfortunately, Coinbase’s NFT marketplace has failed to excite investors, and its launch has done little to stop Coinbase’s stock price from falling further. Last week, just days after the beta launch of the NFT marketplace, the company’s shares hit an all-time low.

If you want to make an account on the Coinbase NFT marketplace beta edition, keep in mind that you’ll need an invite code. You can browse the website without an invite code, but you won’t be able to make a trade — at least not yet.