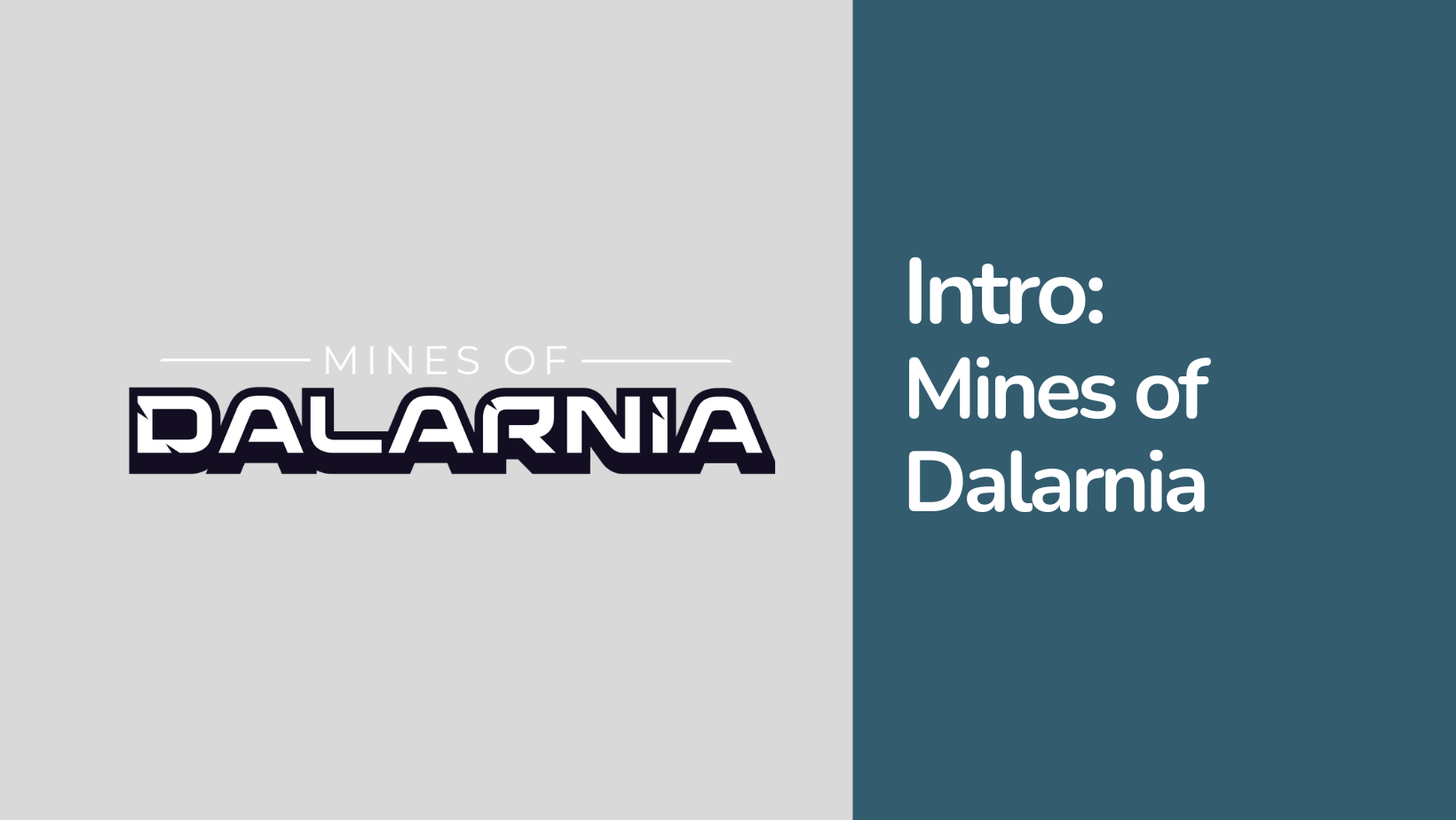 Mines of Dalarnia is a new and exciting intergalactic mining adventure game where players can dig for rare resources to craft new items and equipment, progress into more dangerous territory and gather wealth. In this game, players can take on the role of a miner or a LAND owner, or participate in both aspects of the game. This game offers a unique and thrilling experience that combines elements of mining, crafting, and exploration in a procedurally generated universe.

Mining in Mines of Dalarnia

Mines of Dalarnia’s core game is all about mining sessions, which are action-based gameplay in procedurally generated mines. In order to start a “dig,” players must move their miner to a specific plot of LAND, select a depth, and pay a small rent fee to the land owner for access. During a mining run, players battle monsters and unearth resources of different qualities to earn points. When they exit the dig, either by reaching an exit point or by dying, their final score decides which tier of rewards they receive when their haul is melted down. Rewards are randomly selected based on the player’s reward tier, the LAND plot resource attributes, and the depth of the dig.

Crafting equipment is a core aspect of the game’s progression system. Players can craft and upgrade equipment to improve their overall power level, which grants them access to mines and depths of higher difficulty. Initially, players can craft only Picks and Helmets, but Armor and Weapons will be added shortly after launch and Exos will come later. Players can also craft consumables, such as Terraforming Capsules, which are used by LAND owners to replenish their plot’s resources.

Each piece of equipment has a Power Level and an Aspect, as well as up to two randomized perks. To upgrade an equipment, players must combine two equipment items of the same type and upgrade level. The resulting new piece of equipment will always be of a higher upgrade level, up to the upgrade cap of that specific equipment type, and its base stats will increase, as well as its Power Level. Perks on the newly upgraded equipment are determined by randomly mixing the Perks on the original equipment items. This adds an element of chance and strategy to the game, as players must carefully curate their upgrades in order to get the best results.

Every miner needs a trusty sidekick! Players can bring a pet into each dig to assist them. At launch, robot birds known as Canar-Es will be the only pet type. More types of pets, and alternate skins for existing pet types, will be added to the game over time. Competitions is a post-launch feature, where LAND owners with the highest numbers of active miners will be able to participate in multiplayer competitions. The details of this feature are not currently available.

The game economy relies on the relation between LAND Ownership and Mining based Progression. The economy utilizes six unique types of assets: $DAR, Mining Plots, Equipment NFTs, Resource Tokens, Consumable Tokens and in the future, Space Station Apartments. $DAR is the game’s native token and primary in-game currency, which players can use to buy, rent mining plots, craft, trade on the in-game marketplace and stake.

Staking is an important aspect of the game’s economy and players can stake their tokens in order to receive several kinds of benefits and to participate in the game’s ongoing development. Staking into Planets, Space Stations and MoD Pool are the three staking options that players have. LAND owners can stake $DAR into the planets that host their mining plots, which reduces the resource diminishing rate for all mining plots on that planet according to the amount of $DAR in the planet’s staking pool. Staking into Space Station Pool allows the apartment owners to vote on the decisions like Teleporting Fees, Space Station Location, Apartment Owner Rewards, Miner Rewards and many more.

Staking into Space Station Pool allows the apartment owners to vote on the decisions like Teleporting Fees, Space Station Location, Apartment Owner Rewards, Miner Rewards and many more. This allows players to have a say in the direction of the game and gives them an incentive to invest in the game’s economy. Additionally, staking into the MoD Pool allows players to contribute to the game’s ongoing development and after a minimum staking time, players will receive various benefits such as early access to new features, exclusive items, and more.

In conclusion, Mines of Dalarnia is a unique and exciting intergalactic mining adventure game that combines action-based mining gameplay with player-driven economies and social interactions. The game offers players multiple roles to participate in and allows them to craft, upgrade equipment, and earn rewards while they explore procedurally generated mines on unique LAND plots. The game’s economy is built around the relation between LAND ownership and mining progression and its economy utilizes six unique types of assets. Staking is an important aspect of the game’s economy, allowing players to receive benefits and participate in the game’s ongoing development. With its engaging gameplay, rich economy and social interactions, Mines of Dalarnia is a game that promises to be a thrilling and enjoyable experience for players.